Beyond Net Metering: What's Next?

Net metering has created some issues in terms of compensation for distributed solar. Under net energy metering, utilities compensate solar owners at the same retail rate for power sent to the grid as the customers pay for the electricity they consume. It has been almost too successful, utilities say, as it allows customers with solar arrays to dramatically reduce their bills, shifting the burden of infrastructure costs to the remaining customers.

The basic challenge involved in developing a fair tariff is this: How do you compensate those with solar fairly but without imposing added costs on the rest of the customer base?

Now, newer models of compensation are emerging. In 2017, according to Utility Dive, “13 states made successor tariff changes to their retail rate net metering incentives.” This year, three more states made changes, but it’s too soon to appraise the viability of those recent tariffs. Here are a few of the most successful tweaks to the net metering model.

The initial value of Arizona's new solar rate is only 10 percent below retail—not enough to create a deterrent for its strong residential solar market. 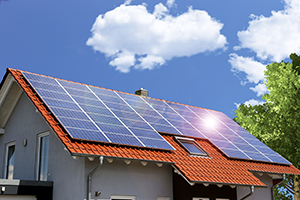 for rooftop solar. This progressive combination is keeping the market strong and has also helped to strengthen battery storage initiatives.

With BASA, the utility both charges and compensates at a below-retail rate. It’s a simpler model, which is a large part of its appeal. In 2017, Hawaii imposed Smart Export, a tariff similar to the BASA model. The intent was to push investment in solar plus storage by allowing owners of solar-plus-storage systems to optimize their use of stored solar. This offsets their nighttime retail rate consumption, which was sold at a more costly rate.

Send this blog to a colleague!

In regions where customer solar generation is still taking hold, such as the Midwest, three states have found that you can’t abandon retail rate net metering cold turkey. Too fast, and you freeze the nascent solar market, as Michigan discovered. In Illinois, the decision was to make no changes to the state's retail rate net metering policy until solar reaches a 5 percent penetration rate.

At the heart of all these new tariffs lies the debate about what the actual value of solar is, with its fickle fluctuations in relation to time of day and region. As rate structures become more precise, they also become more complex. The trick is to find the right balance of granularity and practicality—and to sacrifice some precision for the virtue of simplicity. To further discuss the future of the industry, schedule a meeting with a Franklin Energy expert.
SCHEDULE A MEETING