The 45 lm/W backstop has not been triggered. This is one of the key clarifications published as the Department of Energy (DOE) moved forward to withdraw the revised definition of General Service Lamps (GSLs) which were set to take effect January 1, 2020 as part of the rulemaking process required by the 2007 Energy Independence and Security Act (EISA). The DOE submitted their final ruling in July for EO 12866 regulatory review by the Office of Information and Regulatory Affairs (OIRA) and it was officially published in the Federal Register on 9/5/2019. There were several key clarifications from the published final ruling and a separately published proposed determination.

The final ruling restores the original definition of GSL, removing the following five categories of lamps[1]: reflectors (BR, MR, PAR, etc.); candelabra base; five specialty incandescent lamps including rough service, shatter-resistant, 3-way, high lumen (2,601-3,300 lm), and vibration service; T-shape lamps that use no more than 40 W or have a length of more than 10 inches; and B, BA, CA, F, G16-1/2, G25, G30, S, and M-14 lamps of 40 W or less. To be clear, numerous other published articles have failed to mention that globe or candle-shaped lamps of 40 W or less are affected by this ruling – not all globe and candle-shaped lamps which were previously widely available as 60 W incandescent lamps.

In addition to not triggering the 45 lumens per Watt (lm/W) backstop requirement[2], the final ruling also makes it clear that states do not have individual authority to preempt federal regulation of covered products with their own energy conservation standards. Also, California and Nevada are named specifically in the ruling: “Therefore, all states, including California and Nevada, are prohibited from adopting energy conservation standards for GSLs.”[3]

The DOE also submitted a proposed ruling on General Service Incandescent Lamp (GSIL) standards stating that the current energy conservation standards, which makes halogen technology the standard, will not be amended since the only currently available more efficient incandescent technology, Halogen Infrared Reflecting (HIR) lamps, are not economically feasible. This is another area where currently published articles make a misleading jump in logic. The DOE has not made a determination for all GSL, only GSIL which is a subset of GSL. If the 45 lm/W standard will be imposed, it could be applied to all GSL or any specific category of lamp deemed necessary and feasible.

The key outcome of this proposed ruling is not what is widely reported, that standards for energy efficient light bulbs have been reversed, but that DOE must consider the 45 lm/W target separately. The DOE states that fact on page 90 of the proposed ruling, saying “…DOE must consider a minimum standard applicable to GSLs of 45 lm/W. 42 U.S.C. 6295(i)(6)(A)(ii) DOE will make that determination and will consider a 45 lm/W standard in a subsequent document.”[4]

Previously, we offered guidance about the top 4 issues for energy efficiency programs to prepare properly for the uncertainty around EISA LED regulations in 2020. While this update solidifies the previous guidance, utilities and their program implementers should continue to have a risk management plan covering four important fronts:

The DOE also asserted that their actions did not trigger the narrowly defined backstop provision which would require GSLs to meet a 45 lm/W standard effective January 1, 2020. There is a strong likelihood that DOE will move to a gradual phase-out approach of lighting that doesn’t meet 45 lm/W, as they are required by law to “include consideration of a minimum standard of 45 lumens per watt for general service lamps.” Allowing sell-through of halogen lamps means that even GSL LEDs (traditional A19 lamps) will remain viable for programs into 2020. Utilities should push for TRMs to include language allowing for program implementation flexibility based on the outcome of DOE’s final rulings.

Regarding item four, the DOE ruling declares that no state is currently permitted to enact their own energy conservation standards in conflict with DOE standards. The state legislation to block the sale of less efficient lighting products, including Colorado, Nevada, Washington, Vermont, and California, is therefore unenforceable and will likely be challenged in court if the states do not remove the legislation themselves. There are three narrow exemptions in which California and Nevada could be permitted to enact their own rules, so monitoring state legislature for potential proceedings to provide input and plan for impacts remains important.

If you’re interested in learning more about what Franklin Energy is doing to mitigate risk around this issue, please contact us. 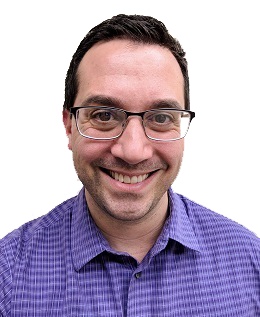 THE FOREFRONT OF INNOVATION

Want to stay abreast of regulatory updates, inspiring innovations and thought leadership related to grid optimization? Welcome to our blog, where Franklin Energy’s experts come to delve into everything you need to know to stay at the top of your game in our ever-changing environment.