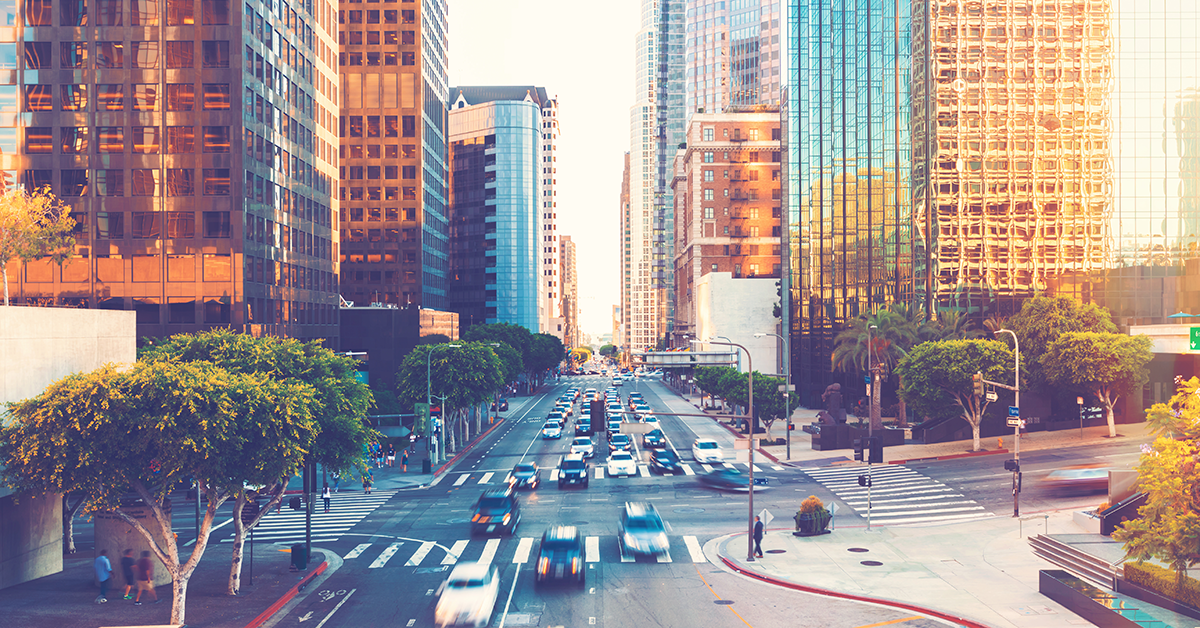 As the Unites States struggles with competing challenges—the COVID-19 crisis, an economy in peril, and a rise in climate-related natural disasters—some cities throughout the country find themselves focused on putting out fires (both literal and figurative) instead of planning for the future. That’s easy to understand, given that the existential threats we’re facing can make it more difficult to garner support and enthusiasm for initiatives like improved energy efficiency.

But the truth is that there has never been a more urgent time than now for cities to work toward an energy-efficient future. Energy efficiency measures are far from a distraction from the challenges cities and municipalities are currently facing. Instead, they can offer a solution. Energy-efficient cities are not only helping to reduce our current climate crisis, but they’re also more resilient when it comes to health, the economy and disaster preparedness.

While green energy is often framed as an unnecessary expenditure, the truth is that it can be a boon to local economies. In fact, more than 2.3 million people work in energy efficiency-related jobs, and those jobs exist in all 50 states. More than 350,000 companies employ people in energy efficiency jobs—and 79 percent of those are small businesses.[1]

Check out how Franklin Energy partnered with Green City Force to drive program enrollment while developing the clean energy workforce.

Beyond the jobs that are directly associated with energy efficiency, the energy efficiency sector drives additional job creation that is often overlooked—including retail trades that sell efficient appliances and building materials, and industries related to improving fuel economy and expanding the prevalence of electric vehicles.

Energy efficiency boosts the economy beyond job creation, too. Energy efficiency investments like efficient lighting and improved insulation provide a stellar return—typically netting double the amount invested. When businesses and individuals save money on their electric and gas bills thanks to energy efficiency measures, they can spend or invest that money elsewhere in their communities.

Energy efficiency boosts the health of the local economy by improving public health. In fact, a recent study found that a 12% summertime reduction in electricity demand reduced NOx by 13.2%, SO2 by 12.6%, CO2 by 11.6%, and fine particulates by 0.55%.[2] The fine particulate reduction alone could save 300 lives per year in the United States. As we’re combating a respiratory health pandemic, we have to wonder whether these improvements to air quality might have an even greater impact on the health of our communities.

Climate change is making weather events and natural disasters like wildfires more extreme and more frequent. At the same time, it’s causing greater temperature swings—including hotter-than-ever heat waves and greater snowfall. All of this can lead to power outages, rolling blackouts, and overtaxed grid infrastructure. Energy efficiency measures prepare communities to better deal with these climate-related events by reducing pressure on the grid and diversifying energy sources so that if one goes down, others can fill the gaps.

5 Cities That Are Leading the Way

New York, NY, ranked highest among the 100 cities evaluated, thanks to its stringent energy codes. In addition, this year New York became the second city in the nation (after Washington, DC) to set performance standards for existing large buildings. Another win: the city’s OneNYC 2050 Plan was updated this year with new community-wide goals for climate and renewable energy.

After taking first place for the past several years, Boston moved to the second place ranking this year. The report credits several achievements for Boston’s near-top ranking: a strong building energy code, its energy action requirements, sizeable investments in electricity and gas efficiency programs, impressive low-income and multifamily offerings, and efforts to increase renewable energy in the grid.

Seattle’s strong transportation and building efficiency policies secured it a second-place spot on this year’s scorecard. The city not only has a strong energy code, but it enforces it well. In addition, Seattle excels in addressing equity issues in planning and program delivery. In fact, it has developed an Equity and Environment Agenda in order to promote racial equity in environmental planning.

Minneapolis has made great strides to improve transparency and benchmarking in buildings’ energy efficiency, including requiring disclosure of a building’s energy performance at the time of sale or rental. In addition, the city topped the list for renewable energy–related metrics in energy and water utilities. Community-wide, equity-focused initiatives are also at the heart of Minneapolis’s efforts to reduce its greenhouse gas emissions.

San Francisco earns top scores for its effective and expansive transportation efficiency policies. In addition, San Francisco leads the pack in terms of location efficiency with zoning that encourages compact, mixed-used communities within the city. Another area of strength is building energy policy enactment and enforcement.

Where do we go from here?

The top-scoring cities are paving the way in recognizing the threat climate change poses, not only to our environment, but also to local economies, residents’ health, and grid resilience. The cities that placed at the bottom of the scorecard can learn a lot about how to make an impact through strong clean energy policies embraced by the leaders.

Here are just a few of the takeaways for local leaders who are ready to embrace energy efficiency measures in their own hometowns:

The takeaways from the report provide city leaders—both those in high-performing cities and those lagging behind—the tools and incentive to double-down on energy efficiency efforts. Now is the time for climate change action, and while many cities are making considerable progress, there’s still significant room for growth. The scorecard found that of the 63 cities with greenhouse gas reduction goals, only 20 are currently poised to meet them. Given the risks of not addressing climate change—and the economic, health, and community resiliency reasons for doing so—it’s more important than ever that local leaders increase their energy efficiency efforts.

I’d love to talk about current trends and the way toward a cleaner energy future. Contact us to continue the conversation.