California has led the way in implementing new time-of-use (TOU) rate schedules, which adjust per-kWh rates for electricity based on periods of peak demand. By 2020, California’s largest utilities will roll out the first system-wide default TOU rates to their millions of residential customers.

Many utility TOU pilots have led to bill savings and lower peak loads, but California is on a different magnitude of scale: It’s converting more than 20 million consumers to TOU rates, according to Utility Dive.

On government’s orders, Southern California Edison, Pacific Gas & Electric (PG&E) and San Diego Gas & Electric (SDG&E) will enroll most customers in TOU rate plans. Under the new rates, electricity will cost more in the evening and over the summer, and cost less during the afternoon and in the winter. SDG&E plans will shift residential (business and agricultural customers have already made the shift) customers to the new plan in March of 2019, with Edison and PG&E following in October 2020.

How does TOU work?
TOU is designed to shift customer usage away from high demand and subsequently high-priced time periods. The rates can help utilities reduce their expenditures by lowering the toll of peak demand. TOU rates nudge customer use toward periods when low-cost renewables are in 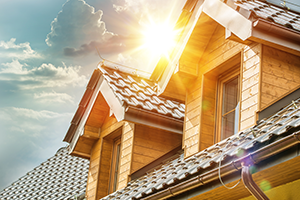 greater supply on utility systems, such as afternoon (when California is at its sunniest), which lowers costs for customers and utilities.

Send this blog to a colleague!

Eyes are on California now to see how their customers react to the changes. Utilities are being careful in how they implement the program to make sure that customer satisfaction stays high despite the transition. In California, for example, numerous outreach programs are being deployed to educate customers about the potential savings TOU offers, as well as how TOU contributes to a broader environmental initiative. Customers are also offered a price guarantee for one year.

The TOU learning curve
The challenges with deploying TOU rates are getting customers adjusted to the new system and teaching them to use the price signals to influence their energy choices and behavior. The idea is to encourage customers, motivated by the opportunity to save money on their bill and shift usage to lower cost time periods. The new rates are being designed as revenue neutral (i.e. the investor-owned utilities take in roughly the same amount of money overall as they do under current rates).

Curious about how a marketer views grid optimization?

The complexity of TOU pricing requires some handholding: Edison officials say they’re planning extensive outreach programs to help customers digest the new rates. Edison has also developed an online tool that lets people explore how their bills would respond to a shift in electricity use habits, such as running their dishwasher in the morning or afternoon instead of in the evening.

The big question is how big of an impact the new rates will have on behavior. It depends also on how well customers understand the new rates. With the SDG&E rollout, residential customers will receive “shadow bills” showing what they would have paid under their previous rate plan. During the first year after the switch, anyone who would have paid less under the old rates will be refunded the difference.

While some critics of TOU say greenhouse gas reduction benefits are negligible, many hope for a trickle-down effect that will be an indirect result of TOU rates. Time-varying rates encourage homes with solar panels to install batteries or other automation to react to the changing rates. The TOU structure favors charging batteries during off-peak periods and then letting savvy residents use the stored energy to power their homes when electricity from the grid is more expensive.

Since new rates incentivize people to buy electric cars or batteries, supporters of EV, solar and energy storage industries have a more hopeful prognosis of a significant reduction of  emissions while increasing grid reliability.

To learn more about Franklin Energy’s grid optimization programs, schedule a meeting with an expert!