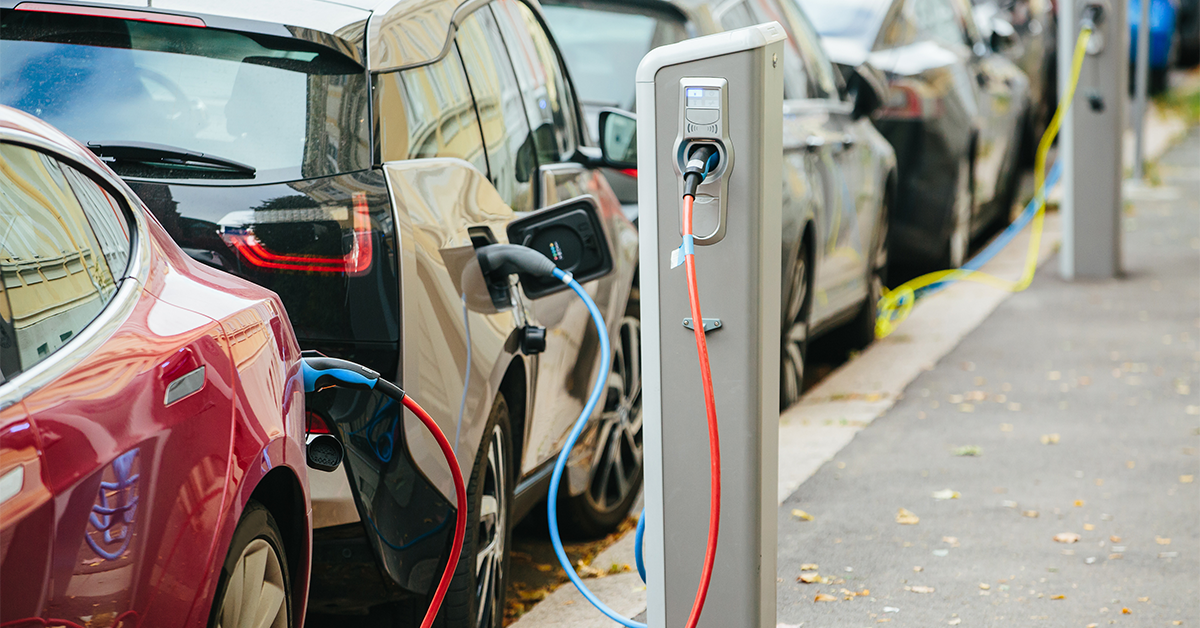 The move to greater electrification across our economies – a requirement of most state-wide or national carbon reduction and clean energy strategies – can be more easily proposed than realized, especially when evaluating the significant investment required to make the switch.

That’s where beneficial electrification comes in. It’s exactly what it sounds like: moving from fossil fuels toward electric power in a way that makes sense across the board—for the environment, consumers, utilities, power generators, and even society as a whole.

One example of increasingly popular beneficial electrification is the use of electric vehicles. They not only benefit the environment by reducing greenhouse gases (GHG) but they also save their owners money over time since they’re cheaper to operate and maintain than gas- or diesel-powered vehicles. Did you know that the maintenance and fuel savings accrued over the life of an electric vehicle averages $5,618?

In addition to those savings, one electric vehicle contributes nearly $7,000 of savings to society through benefits to the economy, the environment, public health, and national security. As if that weren’t enough, utilities are also benefiting from electric vehicles by adding a new revenue stream and improving grid flexibility.

Leading the Way in Beneficial Electrification

As the energy industry moves toward electrification, two states—California and Colorado—have stood apart by demonstrating the possibilities of beneficial electrification when implementing ambitious standards and recommendations.

In 2019, California made waves—and gave the solar industry a massive boost—by requiring rooftop photovoltaic (PV) arrays on most new homes. The next update to the state’s building efficiency standards, which comes out in 2022, is expected to require new construction to be all electric.

Even the state’s largest utility, PG&E, is on board with this natural gas–free new construction standard.

“PG&E welcomes the opportunity to support the California Energy Commission’s efforts to advance efficient, all-electric new construction, when it is feasible and cost-effective,” wrote the utility’s vice president of state and regulatory affairs, Robert Kenney.

Meanwhile, in September of 2020, Governor Gavin Newsom issued an executive order phasing out sales of new gasoline-powered cars and passenger trucks by 2035. This makes California the first state in the nation to require new vehicles to be zero emission.

Colorado has also moved aggressively toward more electrification. While not as far-reaching as Governor Newsom’s executive order, Colorado Governor Jared Polis has put forth some ambitious climate change plans as well.

Since taking office in 2019, Polis and his team have been working on plans to cut carbon emissions in half by 2030. He recently released a draft of the state’s Greenhouse Gas Pollution Reduction Roadmap, which focuses mostly on transportation and buildings. Highlights include:

Inspiration for Other States

Our nation has been deeply impacted by the effects of climate change in recent years. This dire truth is particularly evident in states like California and Colorado, which have been ravaged by record-breaking wildfires, droughts and more. It’s no wonder their governors are doing everything in their power to reduce reliance on oil and gas while turning the tide in favor of clean energy.

The examples set by Governors Newsom and Polis shouldn’t remain isolated. Instead, they should be considered precedent for the rest of the states to follow suit. Regardless of geography, citizen demographics, or climate change-related weather emergencies, every corner of the country has the potential to reap immense benefits from implementing stricter regulations and recommendations on energy usage. A green economy creates new jobs, provides cleaner air, and drives everyone—including utilities—down the path for a better future.