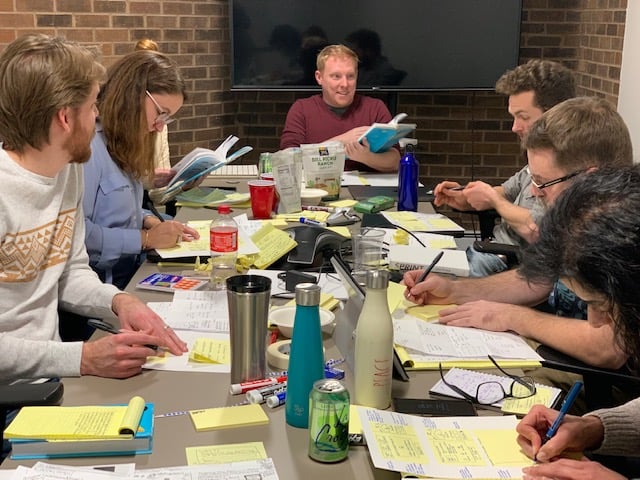 Did I think the most professionally fulfilling week of my life would be after being locked away in a too-small conference room with just a sliver of a window in the middle of a cold snap in December? No. Was it? Yes.

I work in marketing. We're supposed to have these great meetings where we toss around beach balls in slick conference rooms and talk about how different ideas make us feel. Or something like that. Instead, we communicate most often via email and chat and video meeting. Our in-person meetings are super productive, but I'm not sure anyone would describe them as fun. But our inaugural Innovation Sprint was different - and I think it ruined me for regular meetings forever.

We started with a question none of us could figure out on our own, then we assembled a cross-functional team capable of figuring out the answer. We did some pre-sprint Innovation Projects and user testing to bring the best thinking from our respective subject matter areas. And then we all flew to Boulder.

Eight of us walked into a conference room on Monday morning, put our phones in an empty LaCroix box and moved it, along with our laptops, outside the door. 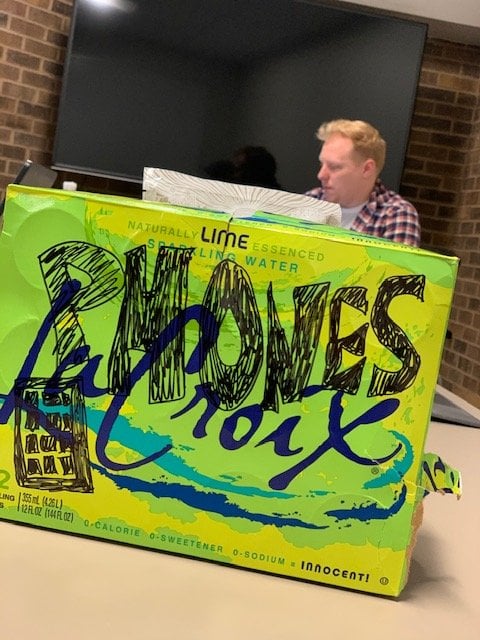 Some of us worked together regularly and knew each other well, others were basically strangers. We had two whiteboards, a large box of dry erase markers, stacks of Post-Its, dot stickers, pads of paper, black and red pens, a view of the Flatirons and a roll of masking tape.

We were expected to solve an extremely hard problem none of our respective teams had been able to crack, build a functioning prototype, and prove the effectiveness of our solution in five days. We spent the first three days interviewing people, brainstorming, arguing, killing ideas, having our ideas killed, sketching, crumpling paper and being frustrated.

But every once in a while, we'd have a breakthrough and get a little closer. 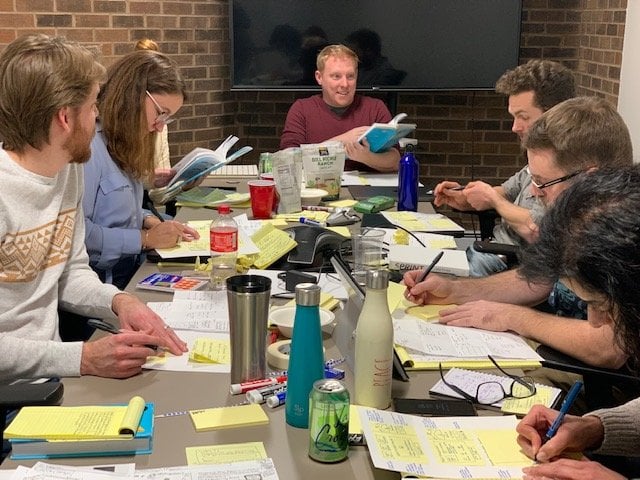 I spent the better part of one afternoon drawing seven people's shouted ideas on a whiteboard and trying to incorporate their feedback into something that resembled a storyboard, while processing my own. My boss walked in at one point and I told him to sit down and not talk because we weren't ready. He smiled, his eyes got big and he slowly backed out of the room. It was intense in there. I was on my knees staring at the wall for a bit because my brain hurt so bad. I dropped a lot of markers.

We began each morning with a brisk walk in the Colorado sunshine, with pit stops at breakfast burrito-serving food trucks and Starbucks. We broke for lunch for a full hour every day, chatting and eating fancy, healthy, ethnic food that was a solid upgrade from the usual takeout I have catered in for meetings. We ended promptly at 5pm each evening and had another brisk walk back to our hotel. In the evenings, we walked around Pearl Street. The holiday lights were very beautiful, we drank glacier water (!) and we took A LOT of selfies. We even did some light Christmas shopping. 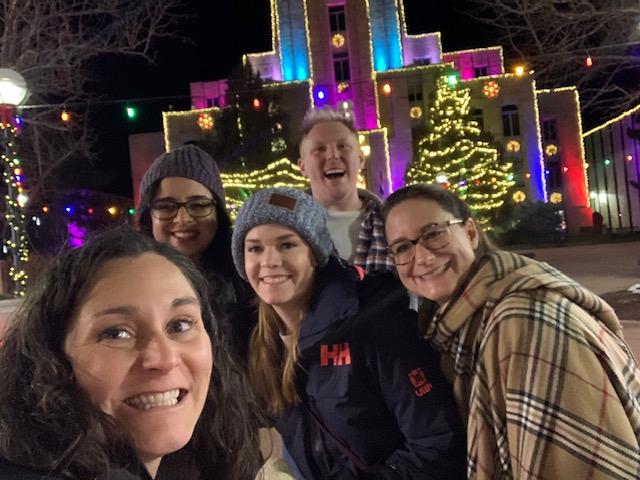 On Thursday, we got our laptops back and took all of that thinking and planning and built a functional prototype of an upgrade for NGAGE Customer, our customer engagement platform. It was stressful and at one point or another, one of us would panic we weren't going to finish, and everyone would rally together to snap them out of it. One day to build a prototype is crazy, y'all. But we did it. When it was done, there was cheering and possibly some tears.

We spent the final day conducting user testing with customers from across the country. And you know what? They loved it. There was cheering in the conference room as we watched them use the site and explain what they thought of it. It wasn't perfect--we knew it wouldn't be--but it solved the problem we walked in the door with. And one guy even described it as "Crisp!" not once, but twice, which if you've ever met our Chief Innovation Officer Steve Malloy, you'd know that's the highest compliment we could have asked for.

We're now gearing up for the next phase of the sprint, where we'll refine what we have based on the initial user feedback and A/B testing we completed post-sprint. We'll also build out the components of the prototype we weren't able to get to in the initial scope. From there? We'll work with our product managers, developers and creative team to get the "real" version built.

Stay tuned and keep your eyes out.