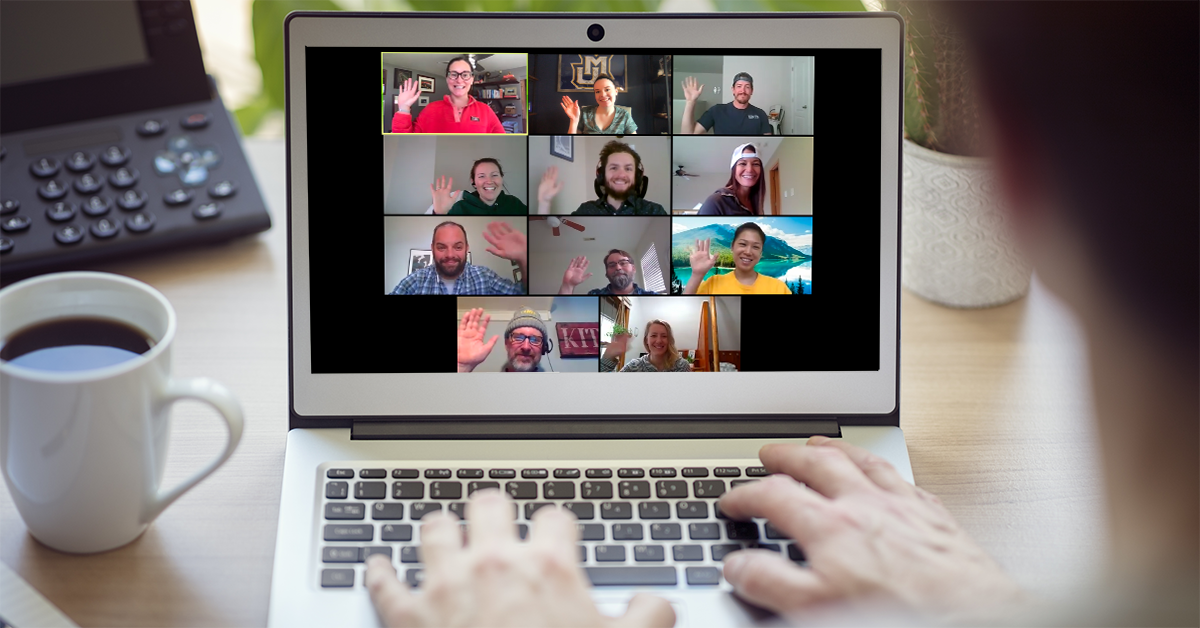 Every sprint is a bit chaotic on day one. Anxiety runs high. You are, after all, pulling together a cross-functional team of strangers to solve a tough problem, and you're only giving them five days to do it. Most of the sprint team members will have never been through the process, some will think they can get away without doing the homework you assigned (hahahaha), others will dig in their heels about replacing the existing baseline solution because it's their baby.

Your "decider" may email and call you twice that day and once the next morning to ask variations of, "Are you sure this is going OK, Danielle? Because it's OK if it's not. Just tell me! I'll help you fix it."

Four days later, you'll all be friends and you'll have a fully functional, user-tested prototype of something completely new. But it's hard to imagine on day one.

If day one is where you feel like you're drinking from an information fire hose, day two is where things turn around. This is when the team shifts to problem-solving mode. It's when the new solution starts to take shape and people continue to talk over another, but in excited tones, because they're building on each other's ideas.

One of the key things that came out of day two in this sprint was a solution to address something that came up in our day one interviews. And it was something I didn't expect.

We stacked this sprint team with a LOT of operations-type people. We were building our next-generation virtual audit tool, and we needed both their input and their buy-in. We had program managers from three large, long-running audit/direct install programs in different parts of the country, representing both residential and commercial programs. We had a mechanical engineer who has worked at Franklin Energy most of his career, and has shifted in the last few years to solutions architecture for customer engagement products on our NGAGE team. And we interviewed two additional program managers on opposite coasts about their high-volume audit/direct install programs. Even though those interviews were conducted separately, our collective notes for them looked almost identical. And the things they wanted were a perfect match for both this virtual audit design and their standard audit/direct install program design. The bonus? We'd already built part of it in a previous sprint.

That's how we knew we were on to something.

Tuesday was the day we refined this idea by looking at how other industries solve the problem, then sketching out solutions that would work for our industry. Some of those sketches featured beautiful cursive handwriting and clear ideas in neat little graph paper boxes, and some of them...did not. Others were impressive digitally-rendered wire frames. There were engineers who gave us three pages of single-spaced notes. I sketched a really ugly auditor with chicken hands and a baseball cap. But as I was collecting and assembling everything in our digital art museum for voting the following morning, I noticed a common thread.

"Still don't get it, Danielle. I think I might be the only one, though, so I just kept my mouth shut. You sure we're OK? You know we need to present this solution back to the exec team next week and to clients shortly thereafter, right? Are we going to be able to do that?"

Before Ed was our decider, he was my boss back when I reported into his product management team. It's safe to say we're both known for being straight-shooters, we're both a little dramatic, and we certainly know one another well enough to be honest in situations like these.

"We're fine, Ed. I promise. I've seen all the sketches. We have something. Trust me."

"But it's Wednesday. And we haven't built anything."

We conducted this sprint virtually. The Google Ventures process we follow for sprints specifically says not to do this, but we didn't really have a choice. COVID-19 is still in effect. Stay at home orders are still active. None of our kids are back to school. Most of our field programs are on pause.

I wasn't really sure how it'd go. Sprints are intense. We made this one more so, by cutting down the amount of time we'd be together in a video meeting each day, opting to instead have the facilitators start early and work late to complete some of the prep and organization work we typically do as a group. I ended each day exhausted and excited, but I missed the camaraderie of a physical sprint, where the team can be together, have breakfast together, walk to the office, and walk to get Korean or poke bowls for lunch. Instead I ate a leftover cheeseburger my husband slid onto my desk at 3:30 in the afternoon because I still hadn't eaten lunch. By the time I got around to eating, it was cold. I ate it anyway.

Trying to fit in a condensed virtual sprint in the midst of a pandemic is not easy. But there were some unexpected bright spots. Sketching was easier with digital tools at our disposal. Our massive digital whiteboard with digital post-it notes worked a million times better than a real whiteboard and post-it notes. I was able to organize it neatly each night, which gave me a nice feeling of control. And it's much easier to read typed notes than handwritten ones. Digital dot-voting is fast and easy. And Zoom allows us to see everyone at once and has breakout rooms, which are my new favorite thing.

The sketches we used for the prototype came from a beautiful three-phase framework, a well-thought-out wire frame and a really bad sketch of really good ideas. Since the team was able to use digital tools in sketching and whiteboarding, the storyboard came together much faster than it did last time we did this in person.

"Hey Danielle, just checking in. Are we OK?"

We were. The team divided and conquered on prototype day. My dog did some anxiety whining under my desk much of the day to keep things interesting. We put all the ops people in one of the Zoom breakout rooms, where they proceeded to geek out over PRQs (I still don't know what that stands for, and at this point, I'm afraid to ask). Megan and I even used a breakout room to review stock imagery, which was a mini meeting that devolved into uncontrollable laughter and was exactly what we needed at that point (making up backstories for stock image models never gets old).

As much as I'd like to tell you we all went home at 5:00pm and had a healthy dinner, I'd be lying. Our makers worked until 2:04am—Sonia, Luke and Megan deserve medals of honor, celebratory cocktails and bouquets of flowers. But in the time of quarantine, I settled for GrubHub gift cards. Megan kept me posted with periodic texts—like how her dog was keeping watch on the prototype as she ate dinner.

On Friday morning, I woke up to the nicest prototype any of us had ever seen. Sonia is a perfectionist maker and Luke is a ninja stitcher. I reviewed it with my signature fine-toothed comb, hammered out a punch list and they quickly made all the edits. Then it was time to test.

Megan and I started with our husbands, because they were available and curious about what we'd been up to all week. Their opinions were unofficial, but helpful nonetheless. My husband works in healthcare IT and said, "I can't believe you made this in a week. We'd overcomplicate this process in a million different ways. It's really good."

Then the real user testing started. We got some great ideas for improvements, but in general, the prototype accomplished our goal. They really liked it. Several users asked if it was already available so they could sign up right now. None of them mentioned COVID-19 as the reason they were interested. It's just a good solution—pandemic or not. It fills a gap in the market that customers want us to address. It'll work now and later.

I can't wait to share the prototype and user testing results with our utility partners who attended our Innovation Workshop a couple weeks ago and contributed to the ideation of this solution. We have high hopes for this virtual audit tool, not just now in this COVID-19 world, but beyond as well.

Now, if you'll excuse me while I pick myself back up off the ground... I've got another sprint to start.